Over the years, AI or artificial intelligence has become more than just a buzzword. What seemed like a snake oil a couple of years back now seems to be revolutionizing a lot of industries. Of course, for AI to work well, data is an important aspect. And hence, big data is also equally important. So if you are wishing to be aware of the latest happenings in the world of AI and big data, then you must be wanting to attend the AI and big data conferences in 2020. Well, that’s why we’re here as we have curated a list of must-attend events. Let’s begin.

With a simple-yet-expansive tagline of “Recognise. Analyse. Utilise”, Big Data & AI World makes it evident that the conference would be at the cutting-edge of these technologies. And with its packed two-day schedule with a number of parallel sessions and roundtables, you might be confused as to which ones to attend and which ones to skip. Then there’s an amazing lineup of speakers from the likes of IBM Watson, Uber, and MongoDB that makes it an unmissable event. There’s also Leaders Circle which is aimed at business leaders at Fortune 500 organizations to discuss the experiences, challenges, and innovations in the world of artificial intelligence.

As mentioned above, for AI to become better, data is valuable, and that’s what Strata Data & AI Conference focuses on. Organized by O’Reilly, one of the leading publications for technical books, the event will have both training (March 15th-16th) as well as tutorials and conference (March 16th-18th). The speakers at the event include Cloudera, Intel, Netflix and many more. For training, one can opt from dozens of workshops such as data science with Python, Building a secure, scalable, and transactional data lake on AWS, and Deep learning with PyTorn / TensorFlow.

In case you aren’t able to attend this one, then you can also check out the London and New York editions which are taking place in April and September, respectively.

Happening within a week after the Big Data & AI World, AI & Big Data Expo will also be held in London. It does seem to be quite big as it boasts over 9,000 attendees, 500+ speakers, and more than 300 exhibitors. As the conference organizers, the expo is attended by developers, innovators, chief data officers, chief data scientists, data analysts and of course startups and VCs. Covering both the enterprise and consumer sectors, the conference would focus on Deep Learning, Machine Learning, Virtual Assistants, Chatbots, etc. The list of speakers is quite impressive too, as it includes executives from the likes of Amazon Alexa, Google Cloud, Mathworks, and Tableau. 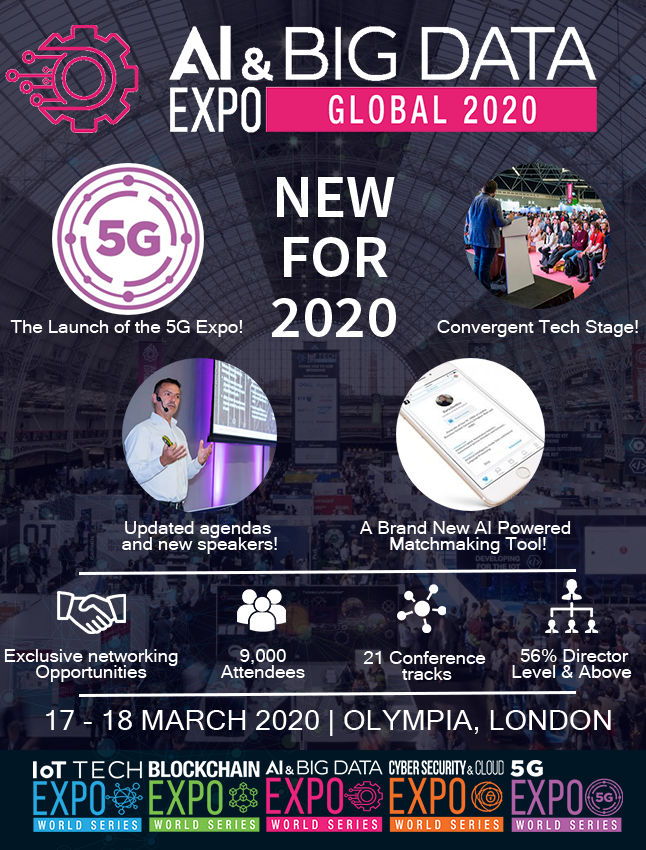 After finding success with its developer-oriented and money-centric conferences, Shift is now bringing an AI Conference by putting together the best in the business to discuss its future. The event has a rather impressive set of speakers who’ve been in the industry for years and currently work at companies such as Facebook AI, Watson AI, Twitter, and Salesforce. Spread over two days, the conference will be attended by over 1,200 people. 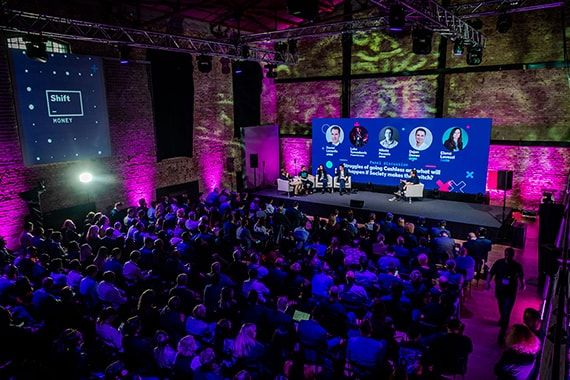 Sponsored by Ericsson, Reinforce puts together researchers, thought-leaders and companies in the world of artificial intelligence. Aimed at data scientists and engineers, the event will act as a discourse on what’s happening in the fast-paced segment of AI and where it would be making the most impact. The speakers come from varied backgrounds such as the University of Alberta as well as companies like Microsoft and Verizon Media. After the two-day event, one can also attend the workshop on April 8th (tickets to be purchased separately) which will focus on hands-on experience.

While it’s just two years old, the Future of AI conference now ranks among popular AI conferences. It’ll be organized in Tel Aviv, and will bring together over 1,500 attendees from 25 countries to hear 150 speakers in 70 sessions. The organizers are yet to divulge the speaker lineup for 2020, but last year’s speakers include Guy Fighel, New Relic, Dinesh Nikhil, AWS and Kim Nelson, Pivigo among a dozen more. Startups can also participate in the Future of AI Startup competition to win prizes.

Since deep learning is an important element in the field of artificial intelligence, the Deep Learning world aims to decode all about it and how businesses can use it. The two-day summit will talk about both the technical and analytical aspects along with the live examples of which methodologies a company opted for and why. The organizers have a rich experience of over 10 years in conducting conferences, Deep Learning World will be held in Germany. The list of confirmed speakers come from companies such as Miele and Shopify. 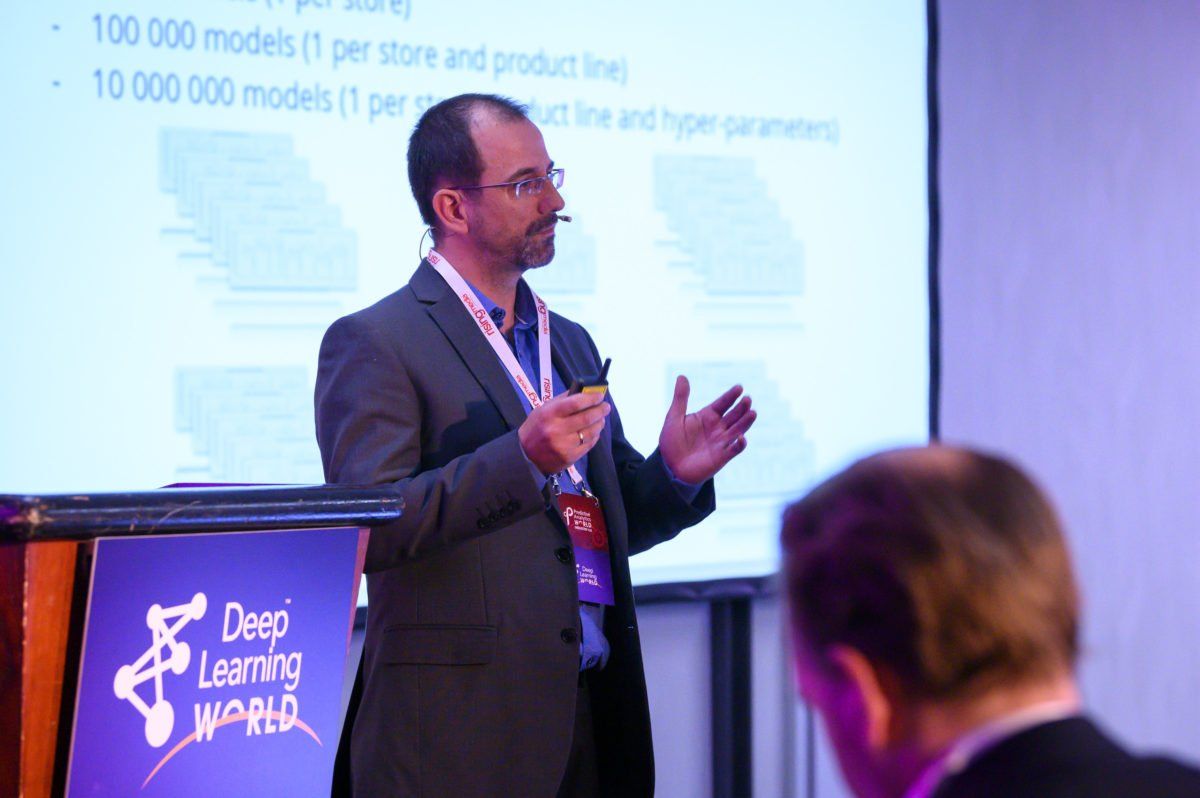 Rise of AI conference has been held for quite some time now, and the two-day event is focused on discussing how artificial intelligence will impact society, politics, and the economy. It acts as a platform for over 1,000 experts and decision-makers in this field. The first day of the event is meant for exhibition and side-events, whereas the conference would take place the next day. It promises an amazing lineup of speakers with the last year’s list including executives from the likes of Deutsche Telecom, George Mason University, and Volkswagen.

Unlike other conferences discussing the possibilities of artificial intelligence, Applied AI Summit aims to offer insights on how it can be implemented in businesses right now. With the combination of academia and industry, it focuses on the real-world case studies to help understand how AI could be leveraged. The two-day event will cover topics such as machine learning, robotics, commercialization of AI, and several others. And the speaker list is spectacular too, as they come from companies such as GitHub, Spotify, and Uber. 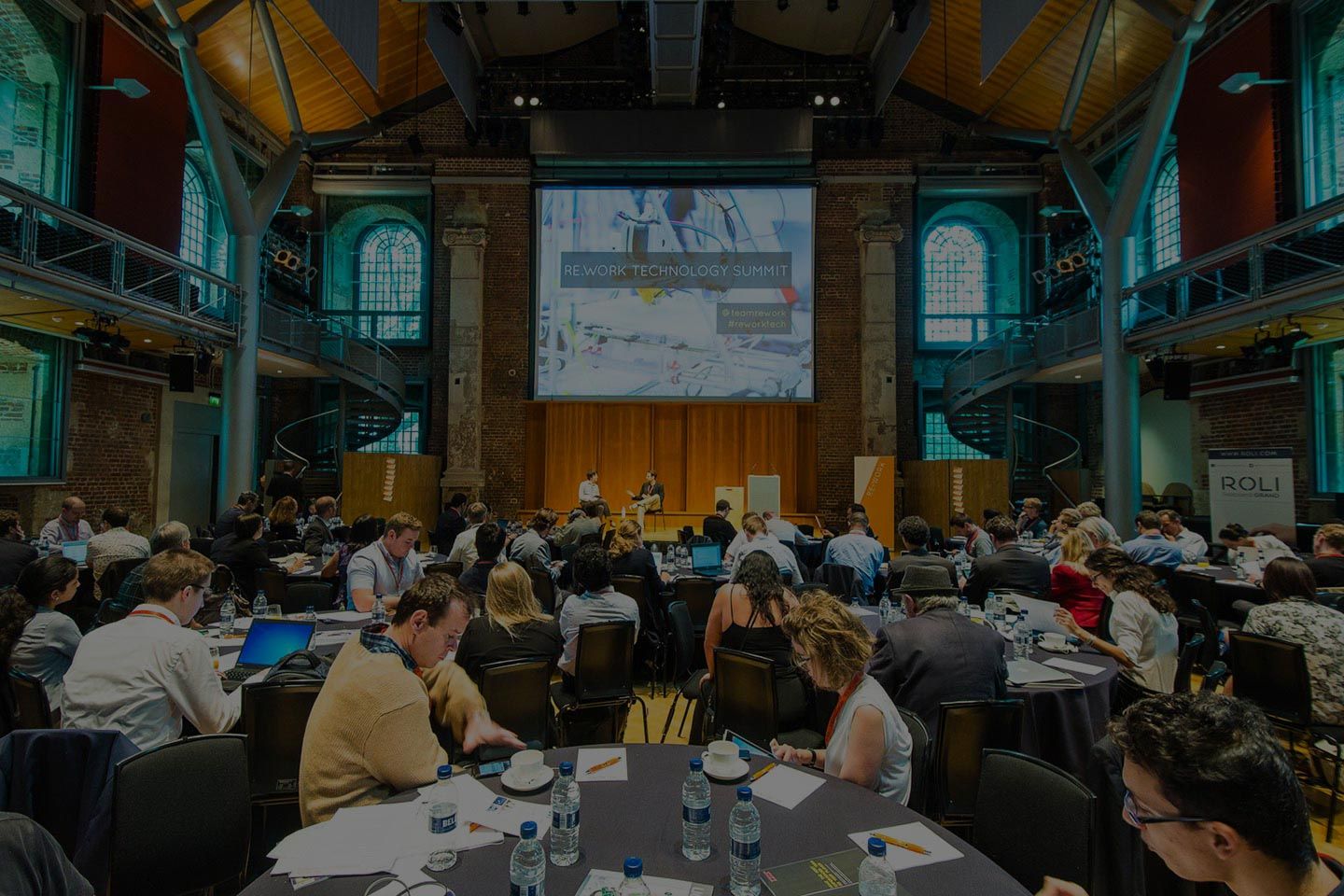 Incepted back in 2015, the AI Summit is oriented towards how artificial intelligence will impact enterprises. Touted as one of the largest AI conferences, the summit will have over 17,000 attendees and 5,000+ companies. The event is divided into four tracks: initiate, implement, optimize and innovate, to help businesses attend seminars as per the stage they themselves are in. And if that seems confusing, then the organizers have also classified the sessions as per various verticals like finance, media, healthcare, and manufacturing.

While the first AI Summit in 2020 is being held in London, the conference will be conducted all over the world with places such as Cape Town and Hong Kong.

As the name indicates, the Machine Learning conference specifically is targeted at how to harness the potential of the predictive analysis. The conference promises to bring experts who will discuss methods, services, algorithms and more as how to work with cutting-edge machine learning capabilities. Along with the conference, the organizers are also arranging an exhibition which is set on June 20th. Some of the confirmed speakers come from companies such as Amazon, Go-Jek, and Sisene.

Federated Learning is an evolved version of machine learning which uses data from disparate sources to train itself. Compared to ML which only has a limited set of data to train from, federated learning can be more robust, while ensuring that it’s compliant with regulatory and privacy guidelines. The Federated & Distributed Machine Learning Conference caters to this stream specifically, which could very well shape the future of artificial intelligence. While the entire list of speakers and the agenda of the summit will be revealed later, the conference is aimed at discussing both the technical and business aspects of federated learning.

The Ai4 conference is also directed at real-life use cases of artificial intelligence. From retail to healthcare, the two-day event will specifically offer actionable insights as to how it’ll change the respective industries. It boasts of bringing together over 200 speakers, and 2019’s edition saw the likes of FBI, Department of Defense, VMWare, etcetera. Along with keynote sessions, the AI4 conference will also offer 1:1 sessions round tables, and afterparty to mingle with people.

Now in its third year, the AI for Business Summit aims to help businesses understand how they can leverage artificial intelligence, machine learning, and deep learning. And of course, how these technologies can make them more efficient and reduce their operating costs. The conference also promises to discuss case studies of AI implementation, and brings together academic researchers, companies, and startups working in this space. Considering the event is still far away, the speakers for the 2020 edition haven’t been finalized yet, though last year’s faculty comprised executives from Overstock, IBM Australia, and Amazon Web Services among others.

Conducted by Re-Work which is also behind the Applied AI Summit, Re.Work London Summit will have three tracks in this domain: AI in Marketing, AI in Retail and Deep Learning. While the first two will focus on applications and how artificial intelligence can improve those areas, while the latter will be talking about deep learning methodologies. One can attend either one of the tracks or all of them (depending upon the conflicting schedules and whether you buy a pass for one or all of them). Some of the topics include Computer Vision, Image Analysis, NLP and a dozen others.

The fifth edition of AI World will specifically focus on how artificial intelligence could be scaled for enterprises. The three-day conference promises to bring together more than 2,700 attendees and more than 100 sessions with over 250 speakers. Its list of attendees includes business executives from companies such as Citigroup, Facebook, Uber, Wells Fargo and more. And the list of speakers is equally impressive, if last year’s lineup is considered.

Now that’s a comprehensive list of AI conference 2020. Do let us know which AI event you’d be attending in the comment box below. 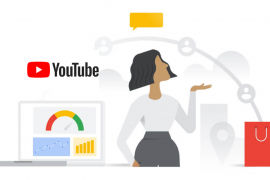 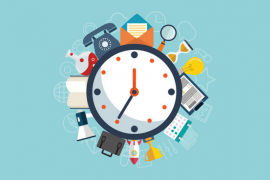 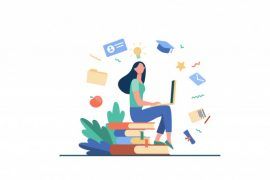 What is Feasibility Study and how to use it? 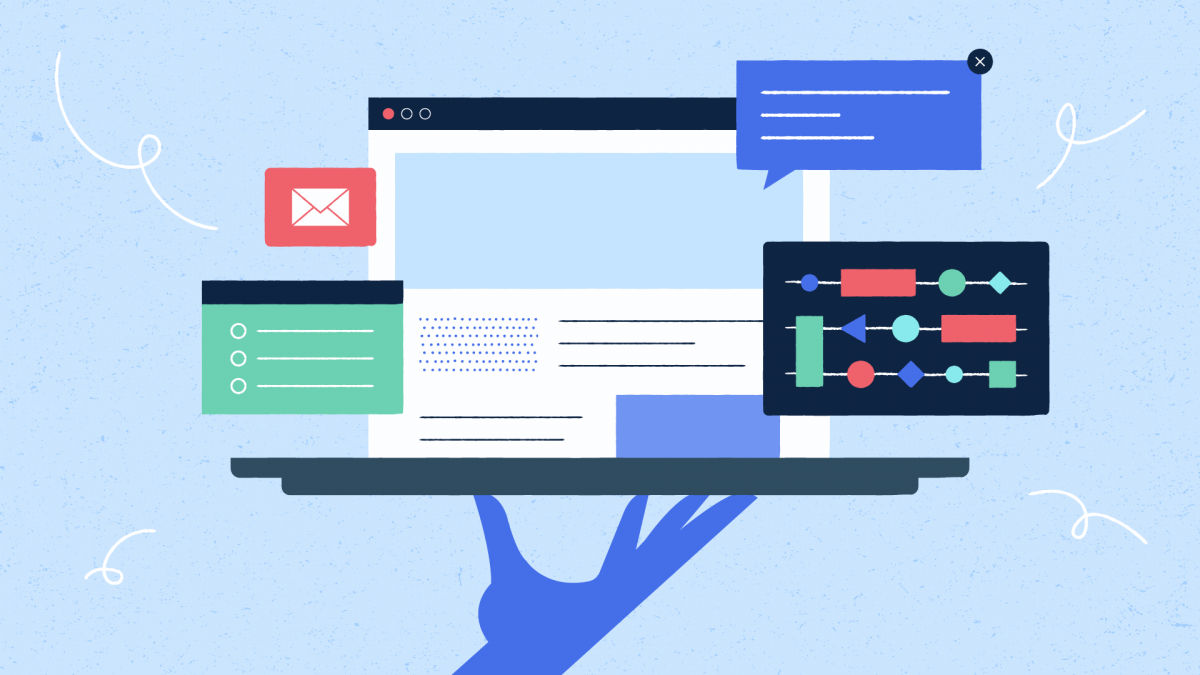 SaaS Companies that got Funding in 2021 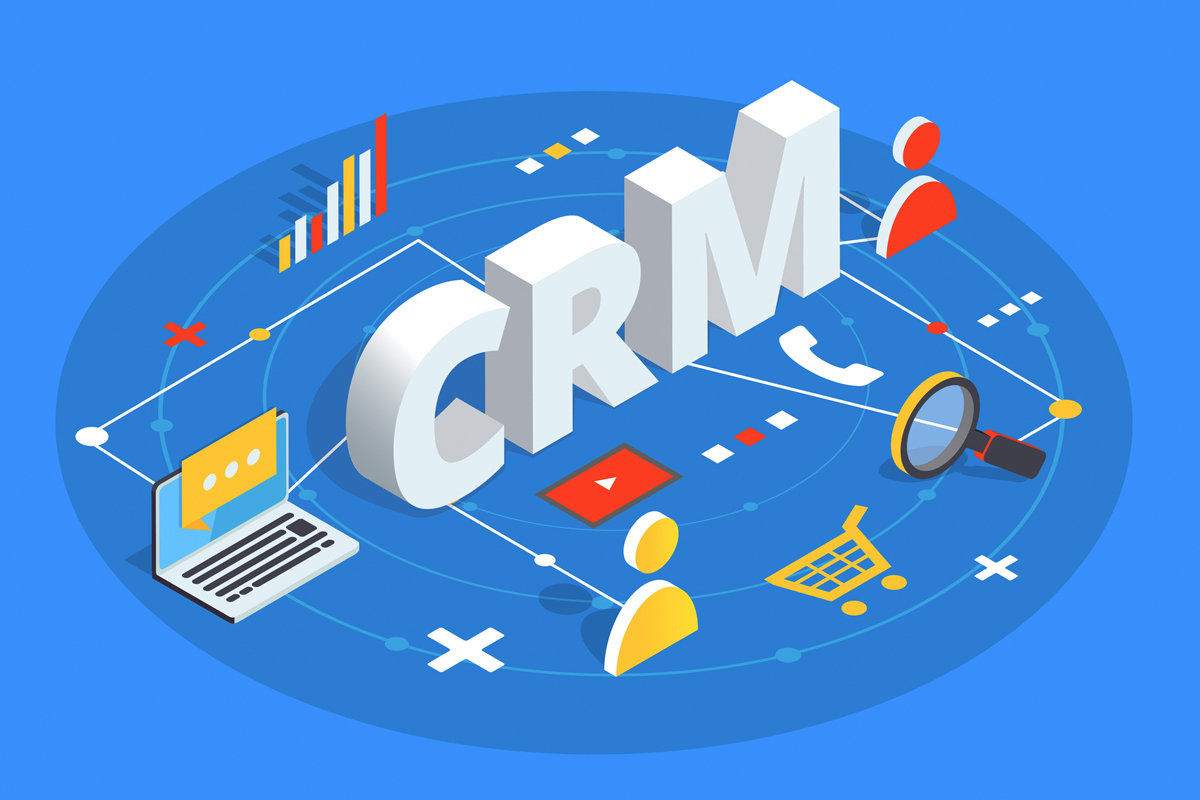