Welcome to SaaS weekly roundup, your one-stop place for all things SaaS in the last week. This week is packed with market’s response to publicly listed SaaS companies and huge funding rounds for private SaaS startups.

Braze, a marketing automation software, sold its shares at $65 – higher than the initial value between $55 to $60. This helped the company raise $520million, valuing it at $5.87billion.

We usually see that SaaS companies are charting fast growth, but that’s not the case for all organizations. Data analytics software Splunk witnessed a decline of 18 percent for its share prices when its CEO Doug Merritt announced that he was stepping down. Board chair Graham Smith will become the interim CEO, though it remains to be seen how Splunk will transition from an on-prem software to a cloud company.

How document-editing upstart Notion plans to beat Microsoft and Google

Note-taking collaborative software Notion has become so popular that its features are now being copied by tech giants like Microsoft and Google. But the software has an ace up its sleeve – its community. Its template feature has been really popular so much so that many people have started selling them as well.  has recently launched a template gallery. Users will now be able to submit their templates to the gallery.

Podium’s valuation doubles to $3billion in latest fundraising round

It seems analytics software are the theme of this week. Mixpanel, a popular web analytics software that raised its last funding back in 2014, has closed a $200million investment. The round was led by Bain Capital Tech Opportunities and values the company at $1.05billion.

Content Delivery Network software Netlify has nabbed $105million in funding, valuing it at $2billion. The round was led by Bessemer Venture Partners. Alongside the fundraise, the company also announced the acquisition of OneGraph, a GraphQL service that connects SaaS APIs.

ThoughtSpot raises at $4.2billion valuation as it wraps up transition to the cloud

While Splunk hasn’t been able to successfully navigate its transition to the SaaS business model, ThoughtSpot – which is also a data analytics software – has been able to pull that off. It released its first SaaS offering just last year, and now, its cloud revenue is higher than the on-prem software. To continue its growth, it has announced a $100million Series F round led by March Capital.

AnyDesk, a maker of remote desktop software, raises $70M at a $660M+ valuation

Another category that got boosted amidst the pandemic is remote access software. And a popular software in this category is AnyDesk, which has gotten $70million in funding to fuel its growth. Led by General Atlantic, it’s now valued at $660million.

No-code customer journey platform EasySend has announced a $50.5million Series B funding. The round was led by Oak HC/FT, and it also got $5million in venture debt from SVB. EasySend’s revenue in the US grew ten-fold, and the investment will be used to accelerate growth in the states, and expand to new verticals and use cases.

With the rise in cloud applications, it’s also important to control the costs. That’s what Zesty does. It offers an AI-driven cloud management technology to optimize cloud usage by an organization. It has raised $35million in Series A funding led by Next47.

How Toplyne plans to surf the product-led growth phenomenon

UiPath: SaaS giant in the shadows

The most common SaaS sales potholes and how to avoid them with Mark Roberge, Managing Director at Stage 2 Capital

In this podcast, Mark Roberge, Managing Director at Stage 2 Capital and author of “The Sales Acceleration Formula” shares the common mistakes that companies do when they try to scale to $100million. He also highlights what companies can do to avoid them.

Top mistakes CEOs make when scaling from $10million to $100million

Staying true to the theme of scaling and mistakes to avoid, in this podcast, Scalelogix Ventures’ General Partner Shelley Perry talks about the top mistakes that CEOs make when they try to scale their companies beyond $10million.

Who says that as a SaaS business, you only need to follow the strategies of other SaaS businesses? That’s what Dan Martell talks about in this video as he shares 5 growth strategies from non-SaaS businesses. These include upsells, selling on the basis of your customer’s use case, product design, and more. 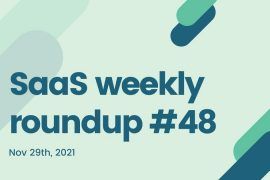 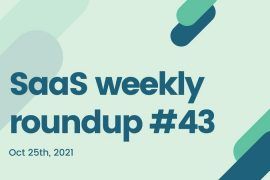