SaaS companies going public, significant acquisitions, and big funding cycles – by now, you must be familiar with the theme of the SaaS weekly roundup. And while we can find patterns, there’s no denying that the space is so dynamic and has a lot of action every week. And if you’re finding it difficult to make sense of it all, then this newsletter is for you.

Another week, another SaaS company went public. But what makes this one an exception is the fact that it’s profitable. Expensify which provides expense management software raised $70.2million in its IPO. Its stock price rose by 50 percent on the day of its debut as it reached $41.06 from the listing price of $27.

Enterprise-focused video platform Vimeo has made two acquisitions. These include Wibbitz, a short-form AI-powered video creation platform as well as Wirewax, which has built technology to let anyone create shoppable and linkable content for the objects in the videos. Vimeo mentioned that it’ll keep the platforms operational and serve the existing customers along with integrating their capabilities into its own dashboard.

Microsoft Teams has partnered with Meta (formerly Facebook) to integrate with its Workplace platform. This will allow the users to live stream video using Microsoft Teams inside the Workplace groups, and comment and react to meetings in real-time without switching between apps.

While Freshworks has been able to surpass its rival Zendesk’s market cap, it does have a significant challenge ahead of it. Along with announcing its quarterly results, it also introduced an incident response management software to expand into IT operations management and a package aimed at startups. However, considering most SaaS companies focus on mid-size and large enterprises, Freshworks’ focus on startups is baffling as most of them don’t last long and don’t have hundreds of employees either.

Accounting software Xero has been making significant investments in product development and sales and marketing functions. However, that means it witnesses a net loss of NZ$5.92million for the six months ending on September 30th, 2021 as compared to the net profit of NZ$34million last year during the same period. On the positive side, its revenue crossed the NZ$500million mark for the first time, increasing 23 percent y-o-y.

Lusha, a crowdsourced data platform for B2B sales, gets $205million Series B at $1.5billion valuation

Just last week, we mentioned the funding for the sales intelligence platform dubbed Apollo. Now another such platform – Lusha – has reached the coveted unicorn status with its $205million Series B funding round. Led by PSG, the startup is valued at $1.5billion. It is worth noting that the startup was founded in 2016 and remained bootstrapped until earlier this year when it raised its Series A investment.

Workato storms to a $5.7billion valuation after raising $200million for its enterprise automation platform

Workflow automation software Workato has nabbed $200million as part of its Series E funding. Led by Battery Ventures, the company is now valued at $5.7billion and announced an acquisition alongside. It has acquired Chennai-based RailsData, a startup that offers API-based tech to integrate apps, data, and services.

Tiger Global bets on Wrapbook, vaulting it to unicorn status

Wrapbook offers payroll software for the entertainment industry, and has raised a $100million round. Led by Tiger Global, the startup has become a unicorn – a sevenfold jump from its $147million valuation after its fundraising in March.

Daily grabs another $40million so developers can add video, audio features to any product

With video becoming more important, Daily lets anyone add real-time video or audio capabilities to any product or website with just a few lines of code. Daily grew rapidly amidst the pandemic, and has closed a $40million Series B funding led by Renegade Partners.

Ometria, a CRM platform aimed at retailers, has received a $40million Series C investment. Led by InfraVia Growth, the amount will be utilized to expand the product and engineering team and focus on operations across North America and Europe.

Enterprise app focused on frontline workers, Blink has gotten Series A financing worth $20million. Led by Next47, the startup is now valued at $100million. London-based Blink has over 93,000 users and aims to expand to North America to double down on growth.

How to use user intent to build product onboarding that scales

Building repeatable sales processes with Ross Rich from Accord

Repeatable sales processes are a key to success for a SaaS company. While a CEO needs to define them, it’s important to have them so that you can find out the right person to execute them for you. In this podcast, Accord’s Ross Rich how to create repeatable revenue processes, map customer journey, product-market fit, and more.

Demystifying the unicorn buzz with the CEOs of Calendly, Algolia, and Contentful

What exactly does it take to be a unicorn and how does one get there? In this podcast, Calendly’s CEO Tope Awotona, Algolia’s CEO Bernadette Nixon, and Contenful’s CEO Steve Sloan talk about it all. They share their thought processes while starting the companies, and how they unlocked new business opportunities to grow faster.

Predictable Revenue’s team – Colin Stewart (co-founder and CEO), Sarah Hicks (Lead Coach), and Carrie White (Senior Vice President) – discuss the sales development methodology. Being developed for the last ~18 months, they talk about the principles for building a revenue team, playbook, prospecting, and follow-through among others.

Box’s CEO and co-founder Aaron Levie discuss with Jason Lemkin how one goes about creating scalable products. They also talk about how hybrid work will play out. 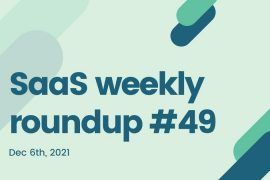 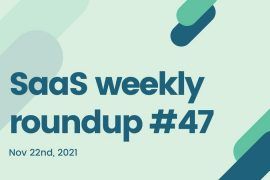 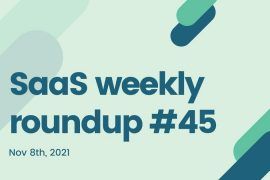 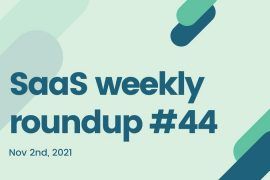