SaaS is a global phenomenon, and if there’s any doubt about that, then you just need to see the funding announcements this week. Of course, the week saw a lot of other action in the world of software-as-a-service. So without further ado, here’s your weekly roundup of all things SaaS.

Workplace chat platform Slack has announced a bunch of automation features to improve its Workflow Builder. To recall, the tool was released in 2019, and it’ll now allow users to send their workflows to others. The Salesforce-owned company also announced that it’ll support the conditional logic of “if-then” statements for creating more sophisticated workflows early next year.

With India becoming a hotbed of SaaS startups, we’re seeing an ugly side of that too. It wasn’t long ago that Zoho took Freshworks to the court, and now a battle between BrowserStack and LambdaTest is brewing. Both are automated testing platforms, and the report suggests that LambdaTest isn’t only poaching BrowserStack’s employees, but asking them about their clients, secret product details, etc.

We’re seeing a surge in marketing tools, and OneSignal is no different. It’s a platform that lets mobile apps send notifications (along with usual channels like SMS and email) to their users. It has raised $50million in a Series C investment led by BAM Elevate.

Virtual office platform oVice has closed a 45 billion Yen ($32.5million) Series B funding round. It’s a Japan-based company that’s quickly expanding to more markets to become the de facto option for hybrid workplaces, allowing teams to connect with each other in a better manner.

The payment revolution is underway, and a lot of fin-tech and SaaS startups are aiming to be at the forefront of the same. The Sweden-based Billogram offers automated payment and invoicing services, including managing recurring payments. It has just raised €15million to fuel its expansion into the European market.

Workforce management platform deskbird has secured a $5million pre-Series A funding. The software lets employees plan their office and work-from-home days, book desks, and more. The investment will help the startup expand in the European markets.

74 percent enterprises in US, UK, and Europe report that more than half of their applications are now SaaS based.

Using SaaS to unlock the potential of the metaverse

5 interesting learnings from Cloudflare at ~$1billion in ARR

Zoho is the biggest SaaS success story out of India. And it becomes even more impressive, when you consider that it’s completely bootstrapped and doesn’t follow the usual growth strategies. In this podcast, its VP of marketing, Praval Singh shares his decade-long journey at Zoho, how he grew in his role, and what makes Zoho different. He also shares the specific strategies that Zoho has adopted to get customers.

Scaling from $10-$100million ARR: the good, the bad and the ugly with Showpad Co-Founder Pieterjan Bouten

You may not have heard of Showpad, but it’s a leading platform for sales enablement. Listen to its co-founder Pieterjan Bouten as he shares the inception of the company and how it has grown over the years to reach the $100million ARR milestone.

The hard things about building a SaaS company that nobody talks about, with Øyvind Reed, CEO, Whereby

If you want a raw and real experience of what it takes to build a SaaS company, then this is a must-watch. In this video, video conferencing software Whereby’s CEO Øyvind Reed talks about his journey, why they decided to get venture funding, various highs and lows of the company, and more. 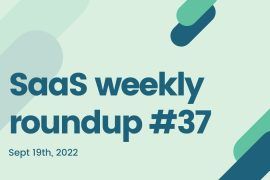 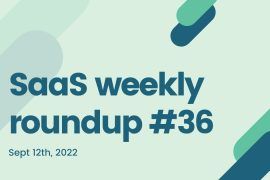 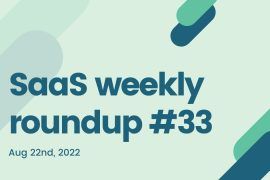 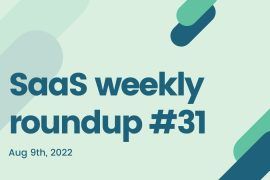 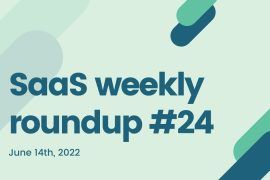 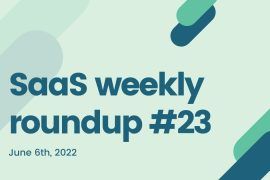