Over the past few weeks, this has become a common phrase if you’ve been talking to your colleagues or family and friends. With social distancing becoming the norm due to the COVID-19 crisis, the importance that video conferencing apps play can’t be undermined. Despite people working from home, these apps provide a sense of togetherness and collaboration, albeit in a virtual manner. In fact, Zoom has become such a popular software that it’s almost become a verb, akin to Google and Uber.

Zoom: zooming ahead of the competition

Zoom isn’t a new app, but with its dogged focus on making video conferencing simple, it has become a go-to app for everyone. Started in 2011 by Eric S Yuan, who was earlier at Webex, Zoom was created from his desire to offer an app that just works – across devices. And he has been quite successful in delivering this promise, as the company went public last year and was among the best tech stocks of 2019. But with coronavirus, the app’s popularity knows no bounds. Across the world, it’s among the most downloaded apps on Google Play Store and Apple’s App Store. Even Mr Yuan stated that the app was not intended to be used by customers, and was focused on enterprises. But it’s now being used by schools, friends to connect with each other, and even weddings for the simple reason that it’s free to be used for up to 40 minutes (and that limit is removed for educational institutions).

Per Yuan, the app has seen 200million daily meeting participants, which is 20 times the number of participants in December last year. Analysts suggest that Zoom has added more users in the first three months of this year versus the all of 2019. Sensor Tower echoes the same trend, as its App Intelligence data suggests that the searches for the app increased by 16.8 times when compared to the week preceding March 16th in the US. It’s no surprise that Google Trends data also indicates that Zoom eclipses everyone else in terms of user searches.

Interestingly, while Eric S. Yuan left Cisco (which had acquired Webex) in 2011, at the same time, Microsoft paid $8.5billion to buy Skype. If you’ve been a 90s kid, you must’ve heard of the app and used it for not just video calls, but even chatting with your friends across the globe. Sadly, due to Redmond giant’s ignorance, the app continued to languish. Since it was built for the world of computers, it didn’t transition well in the smartphone era. Yet, the software behemoth recently announced the app’s daily active users increased by 70 percent m-o-m to reach 40million, which is impressive in its own right. Interestingly enough, not all is lost for Microsoft, which brings us to…

The popularity of Microsoft Teams can be gauged from the fact that it’s the company’s fastest-growing enterprise app. Launched in 2017 to take on Slack, the app was bundled as part of the Office 365 subscription, which helped to spur its adoption. Along with offering usual features as a workplace communication app, it also allows users to do video calls that work seamlessly. But the brand doesn’t want to keep it limited for workplaces as it recently launched the Office 365 plan for consumers that comes bundled with Microsoft Teams too. The company also revealed that Microsoft Teams has reached an impressive DAUs of 44million, who’ve generated over 900million meetings and calling minutes.

According to the software behemoth, Microsoft Teams has set a new record of 2.7billion meeting minutes within a day (on March 31st), a 200 percent increase from the previous record of 900million on March 16th.

Looks like Zoom ($ZM) is really benefiting from the coronavirus. Not surprising, but helpful to see the data. Daily downloads up 3x vs baseline to ~240K per day driven by China, South Korea. Would expect this trend to continue, with more growth coming from the US. @Apptopia @RBC pic.twitter.com/MQwY8NVFbM

Much as been said about Google’s messaging strategy considering the search titan has continued to tweak that over the years and hasn’t stuck to a single app to achieve the same. That’s true for video calls too. Currently, users could use Google Duo for video calls, which is specifically built to work on mobile devices and works well on slower networks too. Then there’s Hangouts Meet – which has just received a name change as it dropped Hangouts from the brand – that’s aimed at enterprises, and offers advanced capabilities such as screen sharing. Google however, was among the first giants to offer free video calls for up to 250 participants and the ability to save them in Google Drive for education institutions. That certainly seemed to have helped it in seeing stunning growth numbers. As Image 2 suggests, its usage increased by 30x and 24x in the US and UK, respectively.

GoToMeeting: the choice for enterprises

LogMeIn merged with GoTo back in 2017, and has continued to grow its video conferencing solution – GoToMeeting since then. While it may not be built for millennials, it’s a preferred choice for businesses as it offers reliable connectivity, the ability to join meetings via a toll-free phone number and more. In a chat with LogMeIn India’s MD, Rahul Sharma, he mentioned “we’ve seen a growth of over 300 percent in the usage of GoToMeeting within the month of March.“

Just like GoToMeeting, Cisco’s Webex is catering to enterprises. It even offers similar set of features as well. The company has also seen growth amidst the pandemic. According to Chuck Robbins, CEO, its minutes have increased to 5.5billion during the first 11 days of March. He further adds that these minutes don’t include one-on-ones, which is quite incredible. Talking about the growth to Bloomberg, he said that the volume of video calls is up to 24 times more than it would be normally.

Since every one is quarantined, video conferencing isn’t just limited to businesses. People are using it to connect with their loved ones too. While many are using the apps mentioned above, apps like Houseparty or WhatsApp and Facebook Messenger are also quite popular.

Houseparty is an unlikely winner as it has become the number one app in many countries around the world. The app was launched in 2016 and brings social networking element to video calls . In fact it has seen incredible growth of 2,360x and 423x in European countries Spain and Italy, respectively. Apptopia’s data also reflects the impressive rise of Houseparty, which was acquired by Epic Games in June last year.

Facebook and its family of apps have also grown in popularity. Be it WhatsApp, Facebook Messenger or Instagram, they all have seen increase in video calling (more than doubled on WhatsApp, per Facebook). The social networking giant has recently launched Messenger’s desktop app, which should increase the usage further as the company states that the audio and video calling from Messenger increased by 100 percent in the last month.

Another app that has seen increase in popularity is the Palo Alto-based Marco Polo, as its downloads have increased from 12,674 downloads on Feb 15th to 73,395 as of Mar 25th. The app was launched in 2016 and along with live video calling, also offers the ability to send video messages.

The challenges for video conferencing apps

1) Privacy: Imagine that you start a meeting with all the stakeholders and an unlikely face pops up in the middle of a serious discussion. Cases like these, where people are ‘gatecrashing’ or ‘zoombombing’ the video calls have become quite prevalent on Zoom. This is where Zoom’s simplicity works against its favor, and hence makes privacy a serious concern for the popular app.

2) Security: If businesses are adopting video conferencing apps and talking about sensitive matters, then security is something that can’t be taken lightly. Zoom for example, states that its video calls are end-to-end encrypted, but that’s not entirely true. Then there are reports that Zoom’s Mac app acts like a malware or the fact that the personal information of the people could be leaked.

3) Bandwidth consumption: One of the important reasons for Zoom’s popularity, apart from ease of use, is that it works well even on mobile networks. The same can’t be said about enterprise-level apps, but for video conferencing apps to grow further, this aspect can’t be ignored.

Related read: 42 remote work statistics that you should know about the future of working from home

There’s no denying that these are unprecedented times, and it’s likely that the world will never be the same again. For video conferencing apps however, this is an opportunity to cement their position as remote working will become quite common. With the increase in their popularity and consumption, these apps are innovating to entice the people in different ways. Zoom for instance, has already been honest about the increased pressure it’s in and how it’s aiming to solve the security and privacy issues that have been pointed out by researchers. Apps like Skype are making it easier to create meeting links so that everyone can join without even signing in. Then there are new-age startups like Around, which are using AI to offer video conferencing solution that doesn’t take over the entire screen. There’s Tandem as well, which offers virtual office for remote teams, by including video chatting, and messaging, among other things. 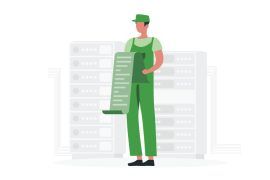 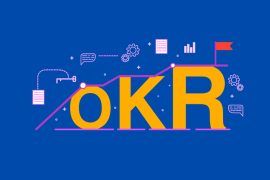 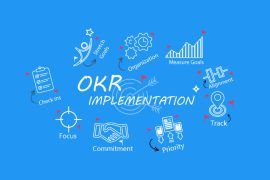 5 Signs your OKRs Implementation is in Trouble Before you Start 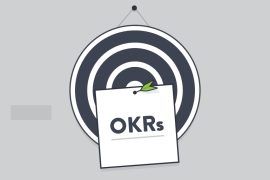 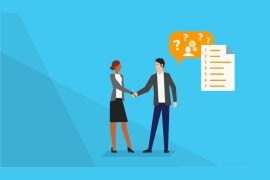 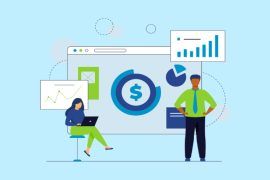