The tussle between Evernote vs Notion is essentially a fight between a note-taking software and a workspace tool. We, humans, are innately curious and inclined towards things that are new and fascinating. This is the reason why you might have seen several productivity tools coming to the fore, and doing well in the initial few years, only to fizzle out with time. Notion vs Evernote has quite a similar story, but with a slight twist, as Evernote is still going strong.

Evernote was launched as a startup in 2004. However, the initial release was in 2008. Back then, most of the productivity tools that we see today weren’t even conceived, and certainly, Notion belongs to that list. It’s estimated that the number of Evernote users across the globe in 2019 was 225 million. The latest figures are unclear, but with competitors like Notion, we can expect that the growth rate of Evernote would be slower.

On the other end of the spectrum is Notion. The software was launched in the year 2016, and while it seems like a note-taking tool at the surface level, it’s actually much more than that. Perhaps that explains why it has quickly racked up one million users as of 2019’s updated stats.

How do you choose between Evernote and Notion?

First and foremost, the comparison based on numbers might be unfair because of the starkly contrasting timelines, so that’s ruled out completely. After eliminating the quantifiable elements of comparison, we are left with pieces of qualitative comparison. Here we will explore both the products based on their features, utility, and price.

In case you’re looking for a TLDR version, then if you require a tool that can manage various work tasks, all encapsulated into one, you can use Notion. On the other hand, if you require a platform that supports specific note-keeping tasks, Evernote is the right pick for you.

As the name suggests, Evernote is a web-based app that allows you to take notes and store every piece of information. The nature of information can vary; it can be text, audio, or image. It becomes all the more useful due to seamless synchronization between mobile devices, tablets, laptops, and PCs.

Interestingly, people use Evernote while simultaneously using other note-taking apps. This indicates the dominance and popularity of Evernote.

Notion takes note-taking and scheduling tasks a step further. It provides a virtual workspace for teams and students to draw up their plans, and collaborate in real-time. You can paint the canvas with specific elements that you find relevant to the task, which could include a normal document, a document with tables, images, rich elements, and more.

The best way to define it is that it’s an all-in-one virtual workstation that can be used by teams.

The user interface of Evernote takes inspiration from materialistic and minimalistic design cues. In layman terms, the web-based app is designed with ease of use in mind. According to Kara Hodecker, Product Design Manager, Evernote, the material design eliminates the addition of borders and lines, which just add to the complexity and serve no real purpose.

The combination of animation, floating action buttons, and responsive swipe/tap gestures account for a clean UI. Every piece of UI element can be navigated with a few taps in a jiffy.

Notion falls off the radar in case of user interface as compared to Evernote. For a new user, the positioning of UI elements itself is daunting to get accustomed to. A techie might find using this app quite easy, and a normal layman will find it equally difficult.

The outdated nature of the Notion tool’s UI comes to the fore with the use of a hamburger menu setup. The problem with the three-line menu setup is that most of the feature of the app remains unexplored. It is estimated that 25 percent of the time such apps are deleted after the first use.

All said and done, it is relatively a new platform, and we can see major UI changes in the years to come.

Evernote vs Notion: Compatibility and extensions

The app is available for both Android and iOS, and you can use this app on Mac, Windows, and Apple Watch as well. The apps available for each of the aforementioned platforms have native capabilities.

Evernote even has extensions for various browsing platforms, like Edge, Firefox, Chrome, and the family of Chromium browsers.

Notion is also available for all the prominent platforms on both smartphones and PCs, like iOS, Android, Mac, and Windows. However, the apps aren’t native as such. For instance, the UI for iOS is carried over to Android, which doesn’t lead to a good user experience.

Recently, Notion has extended its support on Chrome by adding an extension for the browser. However, as of now, there is no such extension for Notion available for Edge and Firefox.

With Evernote, you can add any form of notes, be it a simple text, image, audio, etc. Also, the availability of a wide array of templates helps to easily assort every form of notes and pool them together side by side in a clear listicle form.

However, one of the flaws that the users often point out is the unavailability of the auto-update of note-title. Here, you have to add the title manually, and if you ignore adding the title, you will end up with a mess of cluttered thoughts in every form: text, image, audio, etc.

However, despite this flaw, people find Evernote the most productive tool for note keeping, leaving Notion behind.

Notion note-taking functionality bears a pretty unique approach. Here you create blocks that are essentially the sentences where you enter details. Each of the blocks can be tweaked around as per the requirement.

The presence of numerous templates can be a double-edged sword. If you know which template suits your project or task, you can easily pick from a host of related templates. But if you are not sure of the template type, you will be spending the next couple of hours searching for templates and assessing if it fits your requirement.

The basic version of Evernote is free, which lends you a capped storage space of 60MB. The premium version of the same costs $70 a year.

As mentioned above, the Notion uses a block approach to keep notes. While the personal usage is free for unlimited blocks, if you want to enjoy additional features such as sharing the blocks with team, among others, then you’ll need to shell out $8 per month. There’s also a plan called Personal Pro that provides unlimited file uploads and unlimited guests, which will cost you $4 per month.

Evernote vs Notion: Other factors

Evernote is the finest note-taking app if you take into consideration the cross-platform capability. It is easily one of the best apps around to store large volumes of data and retrieve them.

The highlight of the platform is its simple UI, which stays consistent across the platform. It is a constant addition of new features that have kept the app relevant, even after twelve long years of availability.

If you’re working in team setup, Notion is the ideal app for you. The genesis of the app itself hints towards a multi-functionality platform alongside keeping the basics of the note-keeping tool intact.

A Notion.so review is incomplete without the mention of feature, which allows room for embedding more than fifty third-party apps on the Notion page. It saves a lot of time and effort in managing data from various external sources.

So, is Notion better than Evernote, or is it the other way round?

If that doesn’t help you make a decision, then we’d recommend you use the free versions of both the tools, which will help you find out for real which one is best suited for your requirements. Do let us know in the comments below which one you opted for. 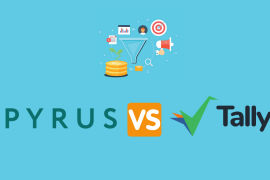 Pyrus vs. Tallyfy – Gain Complete Insight on Which One of Them Is Better!

Todoist vs. MeisterTask – Which One of Them Is Better at Task Management?

Kissflow vs. Integrify – A Detailed Comparison 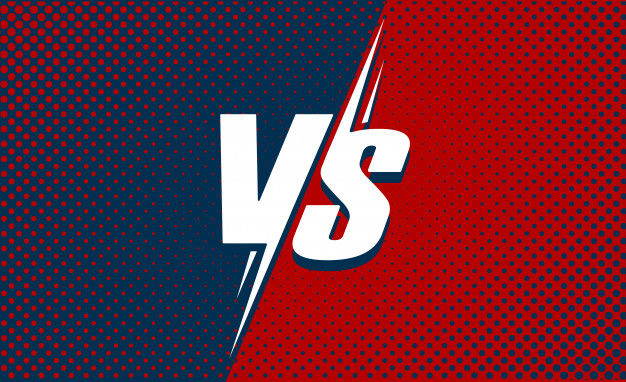 ActiveCampaign vs. Zoho CRM – Which is Better?

ProofHub vs. Wrike – An In-depth Comparison